I got beautiful yarn from the variegated merino: 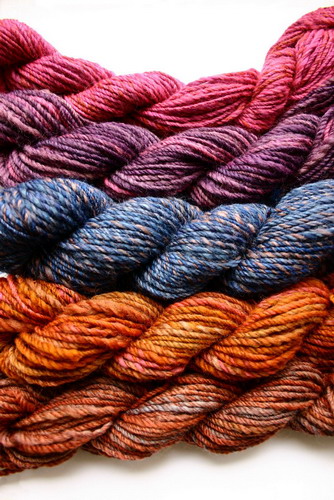 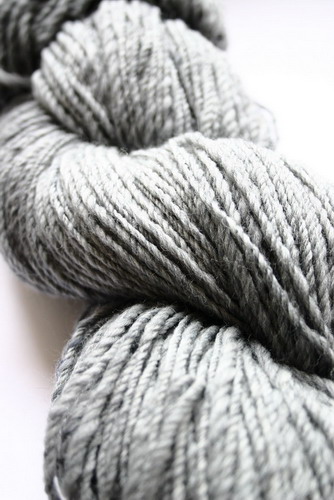 I think the last photo looks as if it had been photoshopped to play a supporting role in “The Artist“, but it is nothing elso than the yarn in all its glory (and a colour photo of grey yarn 🙂 )

Given the yardage and the number of colour skeins, I decided to go for a tartan design. Now, I think tartan is one of those beauties which look often quite simple, but contain a number of well thought principles to get a pleasant overall effect.

I looked up some pages of tartan designs. I decided early on to put an off-centre grid in a big grey square, and the pink yarn gave the most contrast, plus it was the yarn I had the least yardage off, so it only could be used as an accent. I then thought that I wanted another rather large stripe to counterbalance all the grey, so the blue and violet had to be combined to get enough width, hugged by the two different oranges.

The resulting fabric was quite open, perfect for felting. I love the result and will use the fabric in combination with an old skirt I don’t wear any longer to sew a tunic.

When did she mumble?